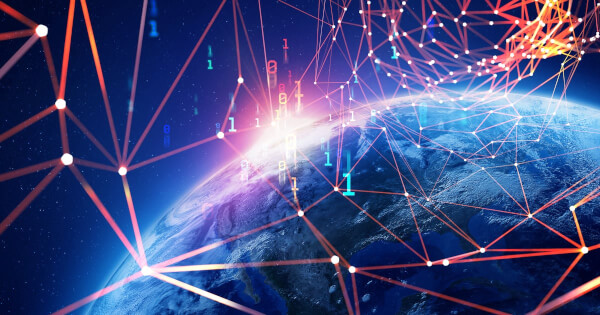 As Albert Einstein once said, “You have to crawl before you can walk”. With this in mind, we must focus on simplicity.

In recent months, I have attended many sessions discussing the interoperability of blockchains (here is the link to one of them). The array of topics discussed and questions I heard ranged from the interoperability of protocols, asset value, asset representation, data, authentication, and even governance, along with enforcement jurisdiction. This alone tells me that we have a long ride ahead of us to make blockchains interoperable, whatever that means.

Nevertheless, we should ask ourselves, what trait of interoperability should we focus on first? Which part of the interoperability is most likely to be successfully implemented and adopted? To answer this question, we would need to analyze Use Cases in the context of Blockchain Principles, such as: nonrepudiation, transparency, permanency, and resiliency.

Here is an example of assets transfer using a scenario of casinos and chips, where each of the casinos has its own chips for use in their respective establishment. Chips from casino A are accepted only in casino A and would not be recognized in casino B. To play in casino B, we would need to cash out chips from casino A and use that money to buy chips in casino B. It is easy to exchange assets between two casinos, as chips in casino A and B can be exchanged for common medium such as fiat money. However, some assets issued in casino A, such as loyalty points, may not be transferable to casino B. There may be some assets in a particular blockchain, that would not have the same meaning in another blockchain.

Here is another example of transaction propagation that begins in one blockchain and continues to execute in another blockchain. Imagine sitting at the poker table in casino A, playing a hand, transferring it, and then continuing that play in casino B. You can already see the complexity of the situation. If we would apply such a scenario to two blockchain systems, we would need to ensure that transaction participants’ Digital Identities are recognizable in both systems, assets are transferable between both blockchains, and that parameters within the transaction context are translatable and have the same meaning in both blockchains.

As the above example shows, the complexity of interoperability can be too great to overcome with the current maturity of blockchain technology. Enterprises instead should focus on ensuring that the transaction boundary (logical set of tasks) stays within a single blockchain instance.

Another focus should be placed on the interchangeability of data. Data standards for single or chained Smart Contracts will be an important factor for blockchain interoperability. However, we should expect multiple standards rather than one universal standard, as each consortium, country, or legal jurisdiction may have its own standard. Smart Contracts operating with standardized data should have an equivalent Smart Contract with metadata, enabling automated data mapping from one standard to another.

Finally, Enterprises should ensure efficient management of blockchain Digital Identities. Management of Digital Identities encompasses the management of Private Keys and Public Certificates based on schemas used by different blockchains. The Key management needs to be agile and efficient, capable of managing millions of Keys. Cryptography is changing daily. Over time, new cryptographic schemas will replace a given blockchain’s old schema. Crypto storage must not only be secure, but also capable of supporting new schemas when they become available.

As Albert Einstein once said, “You have to crawl before you can walk”. With this in mind, we must focus on simplicity. Let’s begin with a Smart Contract in one blockchain and use the outcome as the input to a Smart Contract in another blockchain. Simple relays and exchanges could facilitate such patterns as a first step towards interoperability.